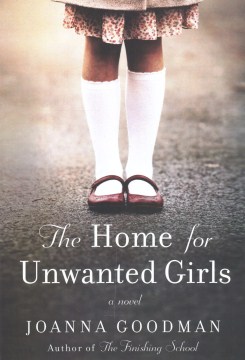 In 1950s Quebec, French and English tolerate each other with precarious civility--much like Maggie Hughes' parents. Maggie's English-speaking father has ambitions for his daughter that don't include marriage to the poor French boy the next farm over. But Maggie's heart is captured by Gabriel Phénix. When she becomes pregnant at fifteen, her parents send the baby Elodie to an orphanage where she receives horrible treatment. Seventeen years later, Maggie, married to a businessman eager to start a family, cannot forget the daughter she was forced to abandon, and a chance reconnection with Gabriel spurs a wrenching choice. As time passes, the stories of Maggie and Elodie intertwine but never touch, until Maggie realizes she must take what she wants from life and go in search of her long-lost daughter, finally reclaiming the truth that has been denied them both.
Publisher: New York : Harpercollins Publishers, [2018]
Copyright Date: ©2018
ISBN: 9780062684226
0062684221
9780062834089
0062834088

A real page turner. From the moment I picked it up, I couldn't put it down. I absolutely loved this book from start to finish.

An incredible story revealing a shameful period of history in Quebec under Duplessis in the 50's. Beautifully written , captivating ,emotional, with two endearing main protagonists :historical fiction at its best. I highly recommend it.

I loved this book from the very first page until the end. I did not know about the orphanages in Quebec in the 1950’s and the transition to mental hospitals. It was certainly an eye opener. I would definitely recommend this book.

After a slow start I thoroughly enjoyed this novel based on true events taking place in Canada in the 1950s. At the age of 16, Maggie is forced to give up her baby. Years pass and orphanages are turned into mental institutions so that they qualify for more government funding. Meanwhile, Maggie has begun to search for the baby she wasn't allowed to raise and faces one obstacle after another when she is denied information about her child time and time again.

Orphanages of 50'-70's exposed in Canada. Heart wrenching details of the conditions. All too normal that young women are not educated about their bodies or taught how to traverse the hormonal upswing of puberty. Of course the mid 1900's this education was probably nonexistent almost everywhere not mention methods of preventing pregnancy. Goodman weaves a tale of a family, community of multicultural people and how their lives evolve w/ emphasis on Mother and daughter bonds. and following one's heart.

Captivating from page one straight through to the end. Highly recommend this book.

I first heard about the orphanages that changed into mental hospitals and the brutal conditions while attending university a few years ago. This book captured and brought to life the history very well. It brought a life to it that we are omitted from reading about something from "ago." As the heart breaking story unfolds you can't help but feel like you are seeing it through the eyes of the characters. I highly recommend. This is a wonderful example of how historical fiction brings moments of history to life.

The fact that this book is based on true events makes it especially disturbing. This book was an emotional roller coaster and I could not put it down.

I couldn't put it down. This story moved me and educated me on a very dark chapter in Canadian history. It's a must read.

t3485tank thinks this title is suitable for 16 years and over

The Home for Unwanted Girls by Joanna Goodman is both a heart-wrenching and heart warming novel of  historical fiction set in Montreal and the Eastern Townships of Quebec spanning almost 30 years beginning in 1948.  It is the story of Maggie, the daughter of an educated Anglo-Canadian father and a French Canadian mother from a poor family.  Their marriage is precarious and a reflection of the relationships among the French and English residents in their small town southeast of Montreal who simply tolerate each other.  At the age of 15 Maggie falls in love with Gabriel, a handsome 16 year old French Canadian farm boy with blond hair and grey eyes.  Maggie's father disapproves of their relationship as he has a better future in mind for her. He sends her away to live with her aunt and uncle.  When Maggie gives birth to a daughter the baby is sent to an orphanage.  Maggie names her daughter Elodie which is a type of hardy lily.  Elodie will need the resilience that her name bestows to survive the neglect and abuse of the church run orphanages turned mental institutions, a plan by the provincial government under Premier Maurice Duplessis to receive more federal funding. Ten years after Elodie is born, Maggie and Gabriel reconnect and start a new life together, one which includes the search for their daughter.  The end of the novel is one of hope and forgiveness but also of determination to reveal the injustices suffered by thousands of children at the hands of the Catholic Church and the Government of Quebec at the time.