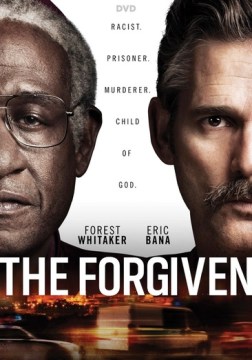 Very stimulating and educational. I had to turn on the descriptions so I could get all the dialogue and pause and look up the words that were foreign to me which made it all the more rewarding. Wish it would not have ended so soon when it was over even though it was around 117 minutes before the credits rolled.

Bana and Whiitaker deliver the most powerful performances of their impressive careers in this epic portrayal of the atrocities committed in South Africa by an evil racist white regime that could only be compared to Nazi-Germany. The triumphs and gut-wrenching tribulations of Desmond Tutu are difficult but rewarding to view. A film that must be seen.

An interesting circuitous plot to tell the difficulties in racial reconciliation after the fall of apartheid in South Africa. Enjoyed the diverse characters but not the hohum dialogue.

Ex-President F.W. de Klerk started off with what Desmond Tutu later called
a handsome apology. Apartheid was wrong. I apologize in my capacity as leader of the National Party to the millions of South Africans who suffered
the wrenching disruption of forced removals in respect of their homes, businesses, and land, who over the years suffered the shame of being arrested for pass law offenses.
===
No political context? My context, as you call it, stretches back some 300 years. When my ancestors were farming this land and building its cities, yours were creeping out of the bush, trying to murder them. That's context.
-My people were murdered by yours.
In Zimbabwe.
-Yes, I know.
Zimbabwe, South Africa?
-Same difference.
Is it? Is it the same?
-I don't know. You're the expert on context. You tell me.
===
Killing someone is never political, no matter what anyone says. Killing someone is personal. It's always, always personal.

Why did you ask me to come here, Mr. Blomfeld?
-To offer you the very thing you thought to offer me. Enlightenment. We've been parading our limitations all day. So, hopefully we'll find some enlightenment later. I have killed. I've killed lots. Killed the kaffirs because I chose to. Exercised my free will to do it, enjoyed it. So don't you come in here with your fxcking cross pretending you can love me.
-You swear... too much.
Too right, my bru. But now I'm inside your head, staring right back at you
every time you look in the mirror. Hatred, always in you, from now on. I'm right aren't I, kaffir?
-Brutality is the aberration, Mr. Blomfeld, not love. Think on that, no matter... how uncomfortable it may make you feel.
===
"Unconquerable will, study of revenge, immortal hate, courage to never submit or yield, what else is not to be overcome? Better to reign in Hell
than to serve in Heaven."

They say the hardest thing to do... The hardest is to love somebody who doesn't love you. I think the hardest thing to do... The hardest is to love somebody who hates you.
===
And you dancing with that fat white businessman like two seals.
-He wasn't a businessman. That's what I was telling them. He was Nelson Mandela's... ex-jailer. And we were dancing because... those jets flying overhead, they were ours. Not someone else's. Ours. We were free.
===
I guess I just... I lived in a bubble. But now I ask myself, "How could I not see?" I'm not talking just about Hansi. I guess I'm really talking about everything that's been going on. I pretended that it wasn't happening, but...
I knew.
===
I want to kill you like she was killed. See what you have done! But I do not want my daughter's death to be made dirty with revenge and death
because she was beautiful, too beautiful for ugliness to be her memory.